Beaver Fever on the Rise in Summerfield 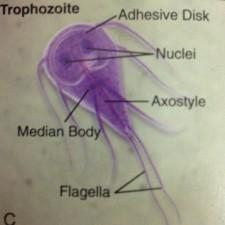 What the heck is beaver fever?

Beaver fever is the common term for the illness caused by the parasite Giardia lamblia. Giardia is a microscopic organism that causes mostly gastrointestinal symptoms. The most common symptom that brings dogs with giardia to The Animal Hospital at Lake Brandt is diarrhea. This diarrhea can range from being fairly subtle and intermittent to severe and constant. Without treatment, diarrhea from giardia can lead to significant dehydration and illness.

How do dogs get exposed to giardia?

Giardia is transmitted through the feces of wild animals, pets, and even people. When an infected animal poops, a huge number of organisms are released. It only takes a very low dose to become infected, so drinking contaminated water or even just playing/swimming in contaminated water can be enough to cause infection. Consuming the feces of an infected animal is another route of transmission. This parasite is present in our immediate area and the veterinarians at The Animal Hospital at Lake Brandt have diagnosed several cases this summer.

No. Giardia is relatively easy to detect with laboratory testing available at The Animal Hospital at Lake Brandt. We will want to see your pet for a thorough exam to evaluate the extent of the illness. Most cases do not require hospitalization, though oral medication is usually necessary. Diligent clean-up after infected patients is essential. Remember, giardia is considered a zoonotic disease, meaning you and your family can be at risk. If you suspect your dog may have beaver fever (giardiasis) give us a call today.